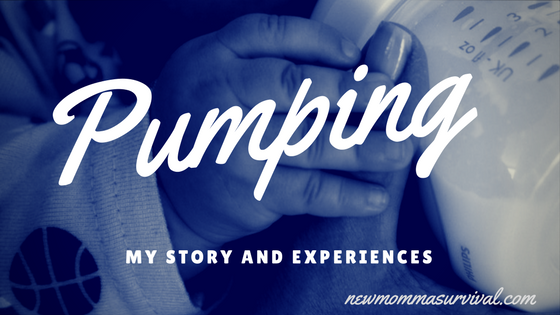 Every mother has their own unique story and reason of how they fed their baby. Everyone has their own struggles, beautiful moments, maybe the judgments from other mothers or family. Whether you planned on exclusively pumping or bottle feeding or breastfeeding, sometimes things do not always turn out how you planned.

I had read all the books. I had taken the classes. I thought I was prepared for breastfeeding and NEVER would have thought I couldn’t breastfeed my baby. In all those books they never talk about the what-ifs and how to deal. We were young new parents not really knowing what we were doing. (Who really does?!) After 22 hours of exhausting labor , (and over FOUR HOURS of active pushing) it was finally time to feed my newborn for the first tine. My little precious angel and I were about to have a beautiful and natural connection that I was SO excited for.

I knew that sometimes it took some practice and adjusting and that trying to breastfeed the very first time may not be that successful. I held this tiny human in my arms, propped my arm up on a pillow and for the next TWO HOURS tried to feed him. He screamed and screamed and was blue in the face. I had FOUR lactation specialists and several nurses come see me over the course of 3 days and I was a mess. I was so sleep- deprived and he just would not stop crying. I ended up pumping and feeding him from a bottle at the hospital but just kept assuming that once we got home and weren’t in a cold, loud, busy hospital it would all work out. Day after day after week I tried to breastfeed and it just did not happen.

The nurses said he had a “goofy tongue” because his tongue was so large for his mouth that he just couldn’t get a proper latch. They told me I was doing everything right but it sure didn’t feel that way.  Every time he would try to nurse it was excruciating. I was covered in bruises and scabs and had to constantly stop to clean up the blood. It was terrible. After a couple weeks of trying I just stopped. I felt like a complete failure. I couldn’t do my most important job- feed my baby.  I promised myself and Nate that I would pump for at least three months. I had to ! It was the least I could do for this helpless sweet little thing we brought into this world. I was convinced that something bad would happen if he didn’t get my breastmilk. ( I was a new first time mamma and thought anything and everything was going to hurt him!)

Pumping at first was not that difficult as I was unaware of any other way. Then my milk started to rapidly decrease and it was starting to take over an hour to get 2 ounces! I drank Mothers Milk tea constantly, took my max daily dose of Fenugreek, and prayed to the universe to give me more milk! My baby was on the larger side- he was born 8 pounds 15.5 ounces and ate and ate and ate. I couldn’t keep up! I was confined to our apartment often because as soon as I would leave to go somewhere I would need to pump again and I ended up just sitting in a bathroom stall or my car pumping anyways. I HAD to pump every two hours to keep up with him. There was no such thing as extra frozen breastmilk in our freezer. I pumped every two hours and he ate every two hours around the clock. Day after day. I had alarms set on my phone to wake me up every two hours at night and then of course he was eating every two hours as well. I was just so truly sleep-deprived those first few months that I don’t remember a whole lot. I was a true “Mombie”. We had even taken a trip back to Illinois when he was two months old and I had to pump at the airport and felt as though I was non-stop pumping the entire trip. I tried to have conversations with my family and friends while pumping with a blanket over my front and it just did not work. That thing was so damn noisy and it felt just awkward to be doing that in front of anyone. ( As for breastfeeding I was mentally prepared to be breastfeeding in public and around my family).

On the exact date of reaching three months of exclusively pumping I broke down. I finally had did it ! But knew I just could not continue pumping even for one more day. I called Nate at work and told him that I was done and he was beyond happy as he knew just how stressed I was from this. Immediately getting off the phone with him, I took my pump and threw it across the room. It was my physical way of setting myself free from this machine! It was glorious.

I do still remember that dreaded humming/buzzing noise of that stupid machine. I felt like a cow hooked up to this mobile prison I had to carry with me everywhere I went. Near the end I had the pump on the highest settings just to get an ounce. It took me nearly two hours to get one ounce. And at that point my son was eating 4 ounces at a time! I cried and cried and cried. I had no friends and no family out here through all of this. Nate worked very long hours and I was feeling trapped inside my own home. I was depressed, exhausted, lonely…. I didn’t know if it would ever get better.

Once I had braved an adventure to the mall with Liam (hand pump in my bag and all) and it was actually turning out to be a successful afternoon with my little guy. I had coffee, he slept the whole time in the stroller and I only had to pump for 20 or so minutes in the bathroom… things were looking so bright ! Then when I had gotten into the elevator to go to the bottom floor of the mall, I was confronted by an older women. First she had commented how adorable my baby was and I was smiling ear to ear and thanked her. Then in the nastiest tone she said it was so sad and unfortunate that I was bottle feeding him. (His bottle was in his lap in the stroller). “Excuse me?” I said. I couldn’t have heard that one right. I was, after all, trying to function on a few hours of sleep. She then continued to lecture me that I will never feel the joys of breastfeeding and that my baby was the one suffering because he wouldn’t feel fully connected to his mother. Didn’t I know how important a mothers milk is to her baby?! she asked me. Choking on tears I awkwardly blurted out that there was breastmilk in his bottle. I was red in the face and shaking. She just calmly and quietly replied that it “just wasn’t the same”.

All those brilliant emotions of getting out of the house and taking on the day sunk and fell away and I sobbed all the way to my car and then all the way home. I had no idea what had just happened. I called Nate at work and was crying so hysterically he could not understand a word I was saying. ( Which happened often that first year)…All my new confidence (what little I had) of being a new mother that day was wiped away just like that from this mean old lady.

Unfortunately, she was not the first nor the last to make inappropriate comments about how I was feeding my baby. And being young and a new mom I just let them say those harsh words to me. If I could go back and tell myself to forget those nasty people and tell them to F off I would ! OK maybe not that last part but I definitely would try to not let them get to me ! As a new mom I had zero confidence in what I was doing even though I know now that I had done everything that I could.

Now that my son is four years old and I have met so many amazing mothers and heard so many other similar breastfeeding stories like mine, I know that I did what I could and THAT IS ENOUGH. I would go back in time and tell my self that I WAS ENOUGH. And any mother reading this- know that you are enough too!

This has been my daily mantra .

You love your baby, your baby loves you. And as long as your child is healthy and happy then that is truly all that matters.

Thank you for reading my story ! I would love to hear how you fed your baby and why !

I hope you have the most beautiful day (or night) ! 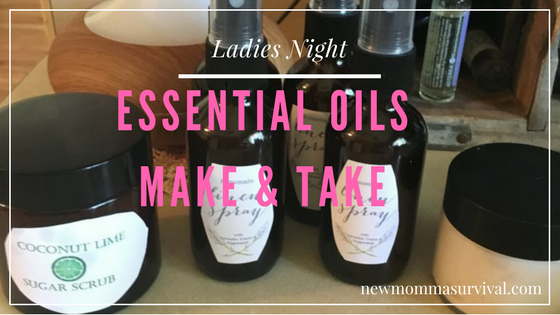 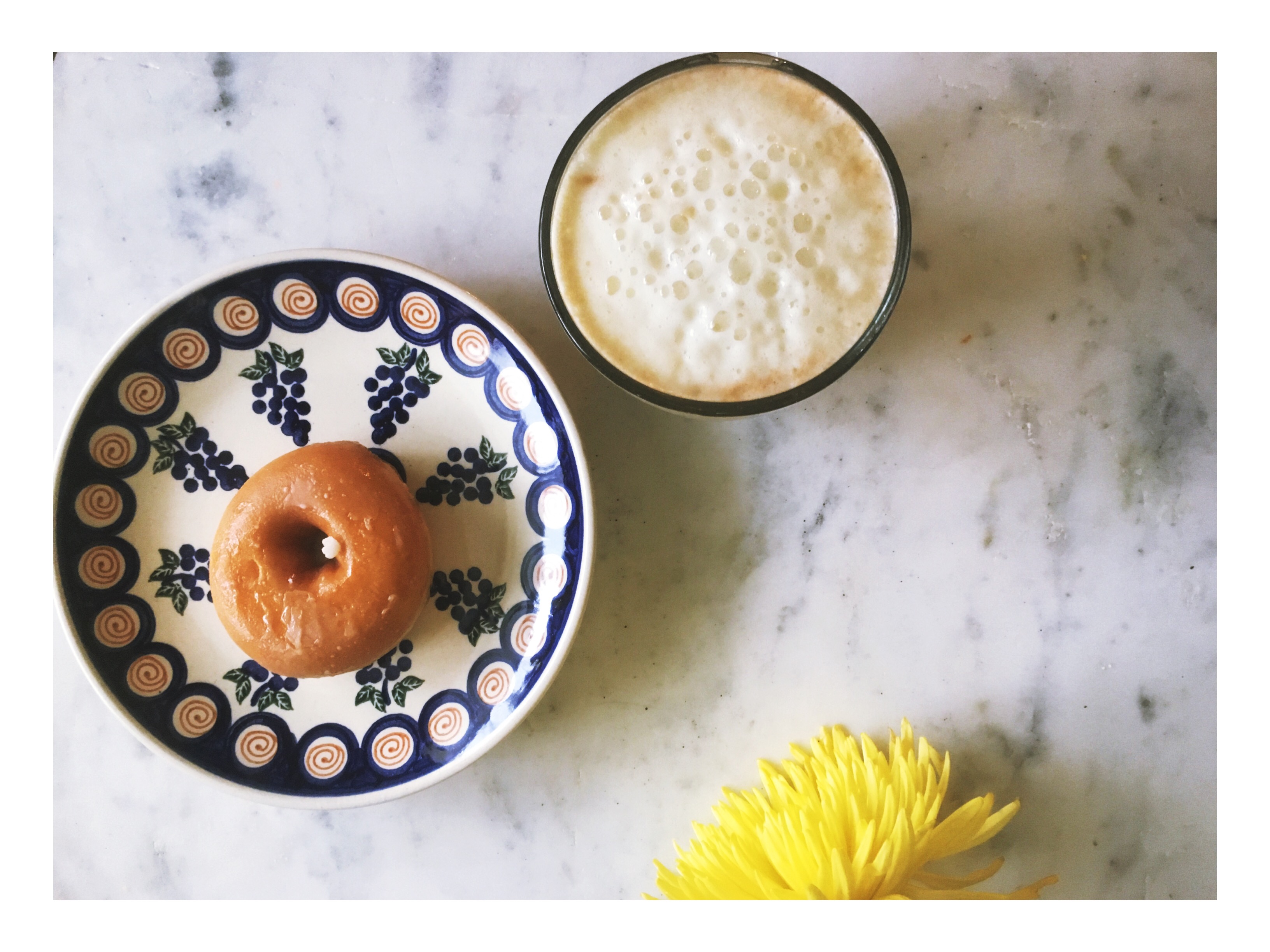 We were gifted this nature book from @learningbare