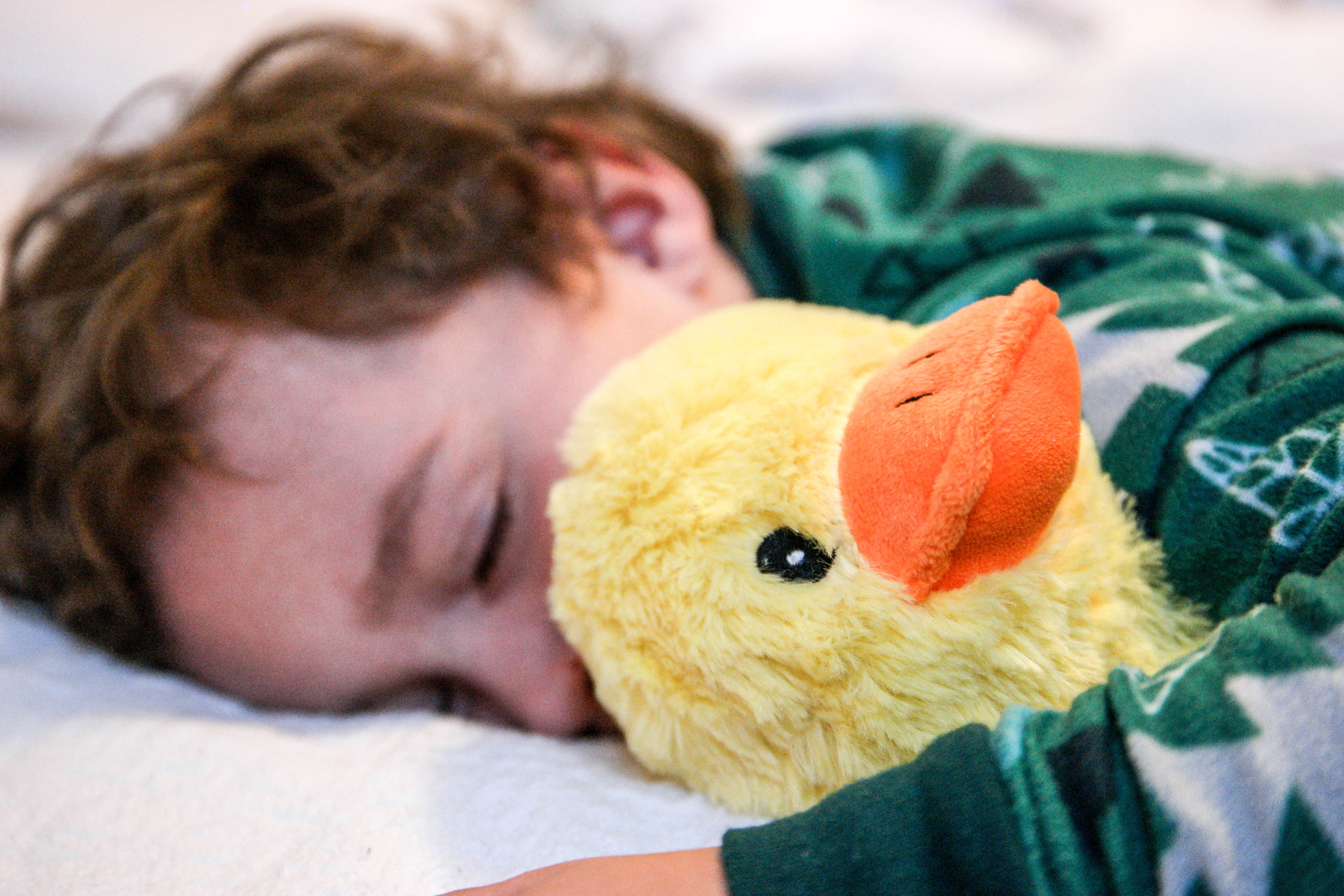 This product was given to me in exchange for my honest opinion. All opinions are my own.

This post contains affiliate links. You can read my full disclaimer here.

Something I don’t write about often is my son’s sensory needs. He is a sensory seeker (or I like to call him my little adrenaline junkie) so he can become very under (and over) stimulated quickly. He has SPD (sensory processing disorder )and we have found a new calming sensory strategy I wanted to share.

Liam needs to have multiple exercise breaks throughout the day to concentrate and over the years we have learned what works for our son and what doesn’t. Liam was in multiple therapies two-three times a week for about two years. The one we struggled with the most was his OT (occupational therapy) because we just did not know how to prevent certain behaviors in public. We struggled HARD for a long time.

I will never forget when Liam’s pediatrician threw out the word “autism” at my son’s one year well check-up. I was very uneducated about autism back then, and I immediately panicked and couldn’t even remember what the rest of the conversation looked like after that. Liam was “on the spectrum” because he was so young still that they could not diagnose anything yet.

My son would beat his head against the floor or a wall violently when he was upset, making it just an awful thing to witness as first time parents having no clue what to do. He would hit and bite and was becoming more and more aggressive each day.

After a few therapists that just did not work well for our family, we found one that literally changed our lives. She will forever be appreciated and loved by us and even though Liam has “graduated” from therapy for quite some time now, we still try to keep in contact. She gave us the tools to prevent and deal with his aggression and bursts of emotions in public.

With the help of OT and speech (a huge part of it was that he was quite delayed with speech and could not communicate what was bothering him) we have come SUCH a long way!

We can go to the store, and most days, get in and out without screaming kicking and throwing food out of the cart. (The bright lights totally freaked Liam out and all the colors and noises was just too much for him) We can go to the zoo and travel and go to restaurants. These are things that we just thought we were never going to be able to really do without pulling our hair out. We never had given up though, we kept at it and kept going out with him. But it was HARD.

I have spent many moments in the past few years just crying in my car in the Target parking lot. It was hard for me not to take it personally when my sweet little toddler would randomly head butt me and give me a bloody nose! And then laugh and giggle about it.

Just to note: I am NO expert. I know what worked for my son and what didn’t. I know what his particular sensory issues were/are but I am not a professional!

Every month that passes, we have to do less and less. As he gets older and is able to deal with more each day, things are getting easier. He is in preschool three days a week for a few hours! He is doing WONDERFULLY. For a long time we were told Liam would have to attend a special school to tend to his sensory needs.

His sensory diet is lighter than it ever has been and I am so proud of him and how far he has come.

But that doesn’t mean we still don’t have the occasional “moments” as I like to call them. It can be hard still sometimes to tell if it is sensory or just behavior, as often they go hand in hand with Liam. Little cues can sometimes help me. If he is begging for food even though he just ate, it usually means he just needs to be chewing on something. (He use to overeat so much that his stomach was bulging and hard and had stomach pain daily). When he was younger he had

that helped A LOT. Now that he is older he gets that same sensory input from chewing gum.

If Liam is literally climbing all over everything (the kitchen counters, the couch, swinging from whatever he can) I know he needs either 1. to just run around outside to burn up some energy and get that proprioceptive input he needs. Pushing a heavy toy cart around the yard always works….or 2. joint compressions on his arms and legs with calming music or even me just “shushing” him can soothe him still. Sometimes he likes using the

but usually the joint compressions are enough to literally make him melt in your arms and he is about to fall asleep. Sometimes he just does not want either and will run away screaming. So something new we have added to our daily sensory diet is this stuffed

This stuffed animal is special because it has a small pouch filled with natural clay beads, lavender, and chamomile. You can take this pouch out of the back of the duck and heat it up in the microwave for 30 seconds or pop it into the freezer to chill it. My son LOVES when his “Snuggles” is heated. He will squeeze his little duck or I will put it on his chest while doing joint compressions or body squeezes and he completely mellows out.

The calming lavender and chamomile (two essential oils that are miracle workers for my little guy) really helps calm him down. We have started using the plush toy for when he is upset too. If he is hurt or is having a hard time falling asleep or wakes up in the middle of the night from a bad dream… I just pop that insert into the microwave, put the insert back in his duck and it really helps soothe him!

I think this is just a genius idea and I recommend this toy to really anyone. Sensory issues or not, this duck (or

) can be a sanity saver. My only negative about the toy is that it may not hold up too long with my son. The material is quite thin. He is super rough with his toys and I am worried about him ripping it open. We’ll see how long it lasts!

I wish I had this when Liam was younger too! He had a really hard time falling asleep at night so I had used an old sock filled with rice and heated that up and let it lay right next to him. (It would kind of trick him to think that there was a warm body next to him). This duck is much cuter and I love that this has the lavender.

Some of our go-to calming sensory activites:

If you are wanting to learn more about SPD or are wondering if maybe your own child has sensory issues, there are some really great resources out there! I would recommend firstly just talking to your child’s pediatrician and then going from there.

Here are some great websites with more info on SPD:

Thank you for reading !

If you like this post, check out Flying with a Preschooler where I share a few tips about about traveling with a child that has SPD

Have a beautiful day ! 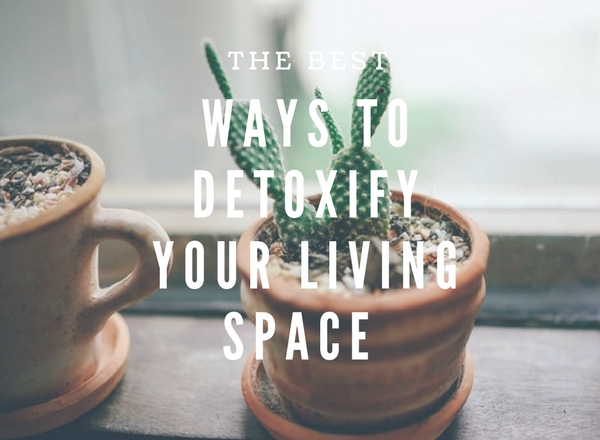 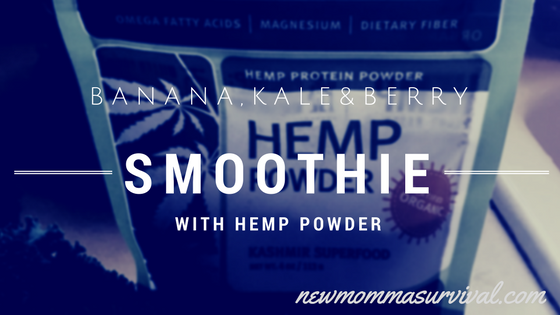 The brilliant golden light that broke through the

Curious little babes all over the ranch. #montan

Theo is an animal lover like me! And this kitten a

Saying goodbye is so hard 😢 We stopped by to s

Sneaking off into the forest for much-needed littl